In the US, Canada, and across the world, stories of mishandled criminal evidence are all too common. Each case further erodes the public’s trust in the criminal justice system.

The blame for these incidents is often laid at the feet of law enforcement property managers. But the truth is usually more complex than that. In some cases the issue is a lack of resources for proper evidence management. In many other cases, mismanagement is the result of deeper systemic problems with how law enforcement agencies process, track, and store their evidence. In other words, they’re problems with chain of custody. 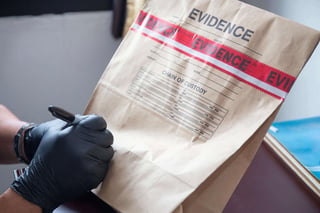 The criminal justice system’s increasing reliance on forensic evidence over the last several decades has created more work for law enforcement property management. At every stage of the evidence management process, staff and officers need to ensure that forensic materials aren’t contaminated, degraded, or otherwise compromised, all while the chain of custody is maintained.

Making matters worse is a lack of clear, high-level guidance for how evidence should be managed. Different jurisdictions have varying laws regarding evidence retention and management, in the US especially. The National Center for Victims of Crime conducted a survey on evidence management laws in 2014 and found little consistency. Some jurisdictions require evidence to be stored indefinitely. Others set strict time periods, from a few months after a case is adjudicated up to 60 years after. Yet other jurisdictions defined their retention policies based on legal processes. Some retained evidence only until appeals processes were completed, others for the duration of incarceration, and others only until the conclusion of criminal proceedings.

For many law enforcement agencies, the best way to move forward is unclear. But some organizations like the Evidence Management Institute (EMI) are looking to fix this lack of clarity surrounding the proper chain of custody. They have developed a rigorous set of chain of custody standards that can be applied to a variety of law enforcement settings. And they’ve also contributed some new ideas to this article.

A Way Towards a Better Chain of Custody

Evidence chain of custody is an essential, fundamental practice of our legal system. It allows the state to verify the authenticity of forensic evidence and prove that it hasn’t been altered or damaged while in law enforcement custody in any way that could disrupt a criminal case.

Traditionally, a chain of custody record just lists how evidence is submitted, stored, and disposed of. The Evidence Management Institute points out that these traditional records often lack any documentation about the process of evidence management itself, such as the security of evidence in custody, the quality of the facility and storage environments, and records of accountability. In other words, traditional records capture most of the ‘chain’ but actually little of the ‘custody.’ This can weaken the defensibility of evidence in court.

So with insight from the experts at the Evidence Management Institute, here are five best practices for assembling and documenting a more complete chain of custody along with examples that leverage the power of the latest smart storage systems.

Like EMI recommends, make sure your records cover both the ‘chain’ and the ‘custody.’ Many law enforcement officers and staff, and sometimes whole agencies, don’t appreciate just how important detailed documentation is until something bad happens. Evidence might be lost, or a prosecutor may have evidence dismissed at trial for poor handling. And then fingers get pointed.

Properly ensuring that the integrity of the chain of custody is documented can take a lot of training, adding a lot of new procedures, or both. If your agency is using an evidence locker or other storage system, one option to consider is whether you can develop intake checklists that officers need to complete when depositing evidence into lockers. The storage system itself can prompt them to document everything necessary in customized checklists before evidence can be deposited.

As the EMI pointed out, evidence is better defensible in court if the security of the storage environment over time can be verified. Smart evidence lockers offer options here as well. Centralized logging can automate the more tedious documentation tasks, which are the ones most prone to staff forgetting or skipping over when work gets busy.

The central management system for the smart lockers can automatically collect information on the condition of its locker compartments and their contents. Such as when bags are moved, what other items they share a compartment with, and environmental data if they’re in controlled compartments.

Ensuring that staff don’t take shortcuts or play fast and loose with procedures is critically important. A manager may be able to enforce proper access restrictions from 9am to 5pm, but what about for second shift officers? They may be used to playing a little loose with the deposit of evidence or with access to the evidence lockers in general. Making all law enforcement staff more accountable improves chain of custody.

Integrated smart security systems can help here. For example, if your evidence lockers are connected to your key control system you can restrict access to vehicle keys until after an officer returns an evidence locker key. You not only prevent gaps in your chain of custody, you generate valuable documentation showing evidence was protected the whole time.

It’s worth repeating: when workflows are complex, staff will forget important steps or take shortcuts. Since good evidence management is a rigorous process it’s important to simplify what you can.

Automation and integrated work functions in smart lockers can improve efficiency while they expand documentation. A content surveillance system built into an evidence locker can verify on the fly whether the correct materials were removed and alert the removing officer if they made a mistake. They can also notify superior officers or other staff members if they’re needed for dual authentication sign outs of regulated evidence like narcotics or firearms.

Documentation is pointless if the security and integrity of evidence is at risk. This is especially true of sensitive evidence, like biomedical materials and SANE kits, or high liability evidence like firearms, narcotics, and currency.

Ensure that sensitive evidence is stored with proper temperature controls and ventilation. This will prevent biomedical materials from degrading, and also protect the condition of firearms, which might oxidize and degrade if not properly stored.

Improving the storage and documentation of evidence in custody is more important now than ever. Implementing a more rigorous chain of custody process will help ensure the integrity of evidence in any agency’s custody and improve outcomes of their legal cases. 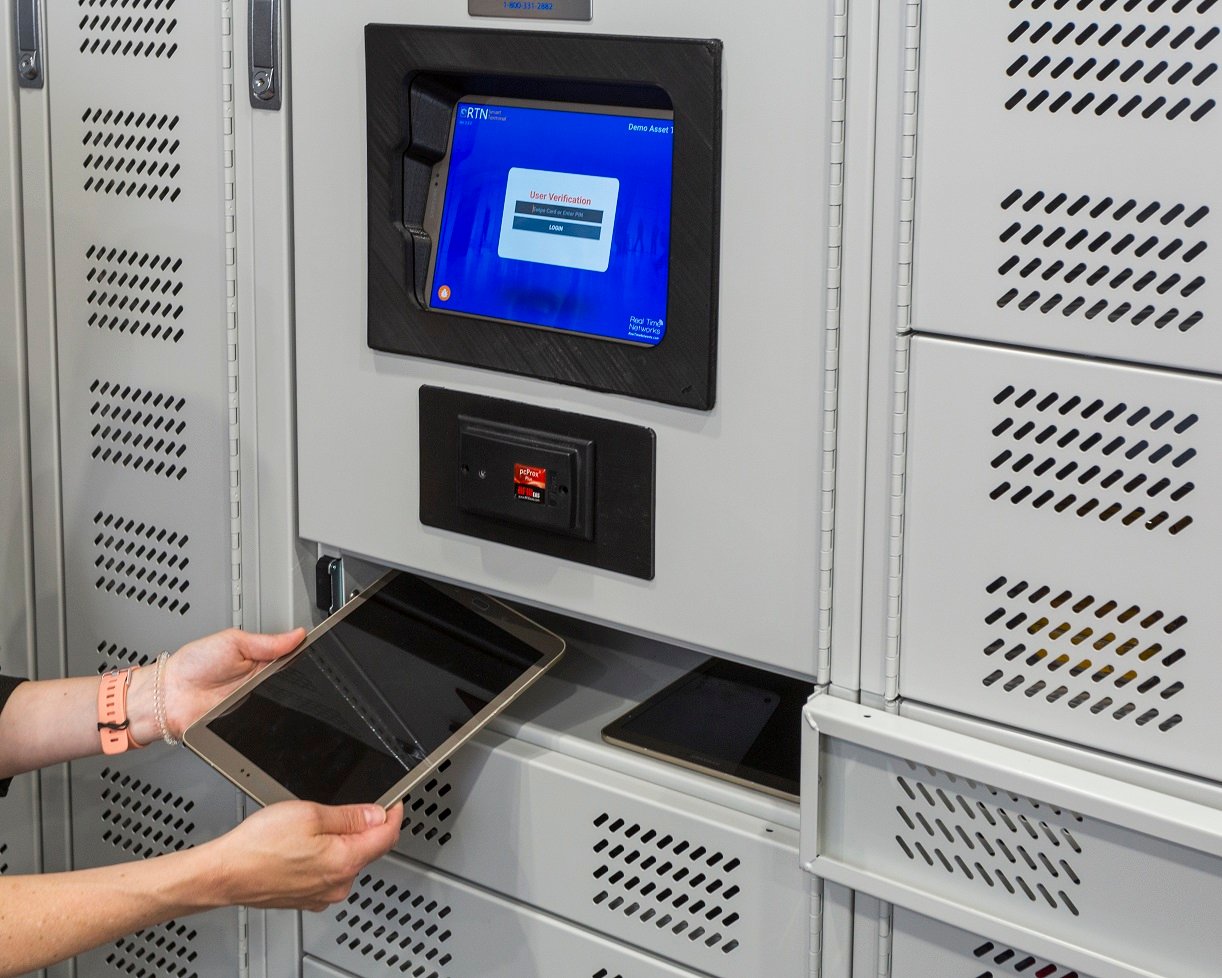 Secure locker systems are deceptively powerful business tools. They can be used for much more than ... 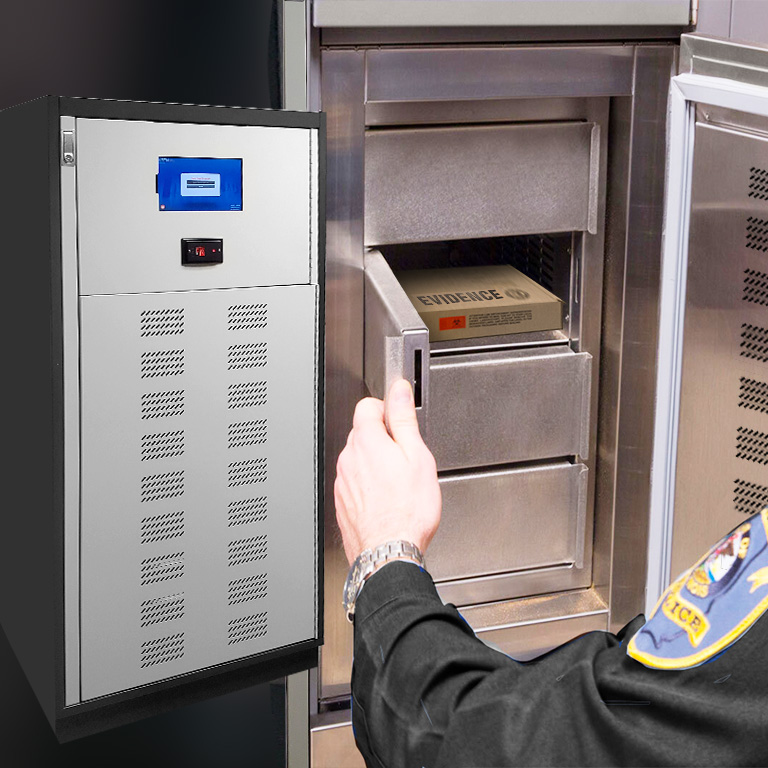 In the US, Canada, and across the world, stories of mishandled criminal evidence are all too ...