How To: Calculate & Analyze ROI on Key & Asset Management Systems

A Framework for Understanding Key and Asset Management Investments

There are many levels of key and asset management and security. A car dealership requires one level of key security while a penitentiary requires another altogether. Some are simple: you put your keys in your purse or your pocket. Some are very complex. Each key or other asset must be signed out and returned under supervision, and authentication is rigid each time that happens.

Providing security for keys and other physical asset costs money—money to hire the people and to define and execute the processes they carry out; money to handle mistakes and crises; money to avoid potential legal and financial exposure should those crises occur. As an organization’s key management needs grow, the need to automate some or all of the process grows along with it. At a certain point, manual key management takes too long, costs too much, and is too prone to human error. And this can be true regardless of the size of the organization: a lost key can expose even a small company to lawsuits, regulatory penalties and more. 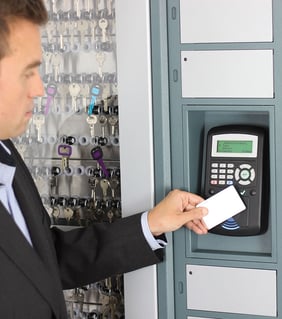 There’s no template for this; no cookie cutter for determining Return on Investment (ROI). But there can be a framework, a way of breaking down your costs so you can make the right decision about which key management approach you can justify with tangible numbers. That’s our goal here: provide that framework, expose some of the core cost points of key and asset management, and offer a guide for you to calculate your own ROI. We don’t know your answers, but we know where to point you to find them.

The Costs of People

For many, lowering the cost of people is all that’s needed to show a satisfying ROI from an asset management system.

When we say guards, we mean whoever checks keys and assets out and in throughout working hours, monitors exits to ensure assets don’t leave the building without authorization, checks to see that fleet vehicles are returned and in good condition, and performs all the other daily, routine manual processes to protect assets.

Fully burdened (benefits, training and so on), the annual cost of a security guard can easily exceed $75,000. If a guard is spending–conservatively–three hours a day stationed by the cabinet where keys are checked in and out, that’s almost a third of a shift each day: closing in on $22,000 a year to manage keys and other secured physical assets. (As we say that’s conservative; in many cases, maybe most, that guard is stationed by the cabinet all day.) Eliminate that cost, reassign that guard to more critical tasks and stations, and even the most expensive system pays for itself almost immediately. (Don’t forget that during peak periods there may be a second guard helping, which increases the cost—and accelerates ROI even more.) 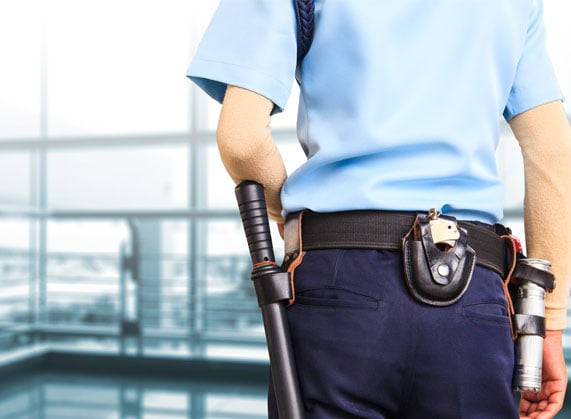 That security guard logs the ins and outs of each key/asset assigned to each person. Somebody else must look at those logs for reasons ranging from spotting suspicious trends to basic supervision of the guard’s work performance. The suggestion isn’t that this takes a massive amount of time. It may be just half an hour, twice a week, every week. It adds up (even more so when you consider the time wasted trying to decipher handwriting, or locate a guard across a large and widespread campus). Forty-eight hours is six days a year. If a security supervisor or manager costs $150,000 (burdened) a year, that’s $3500 a year.

The Cost of Knowledge

Those reports that managers spend an hour a week reading have a cost of creation associated with them. The depth, granularity and analysis of those reports drives the cost of reporting, as well as the value the reports deliver to the business.

In some cases, a “report” is nothing more than a photocopy of the daily logs. At a higher level of sophistication, the guard may use a spreadsheet for check out and check in and the printout of that is a report. But in neither case is there analysis—no mechanism to quickly slice, dice and drill down through a week’s worth of asset security reports. As key and asset security becomes more important, analysis becomes the critical tool. 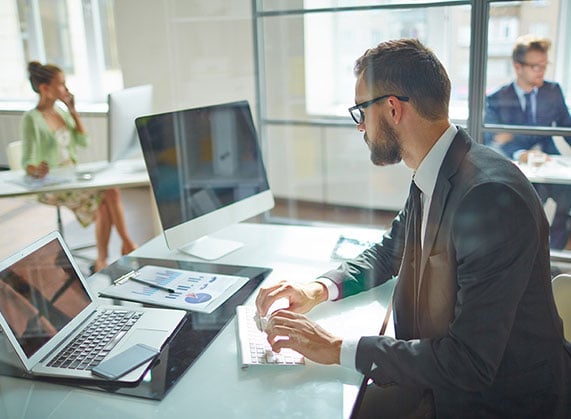 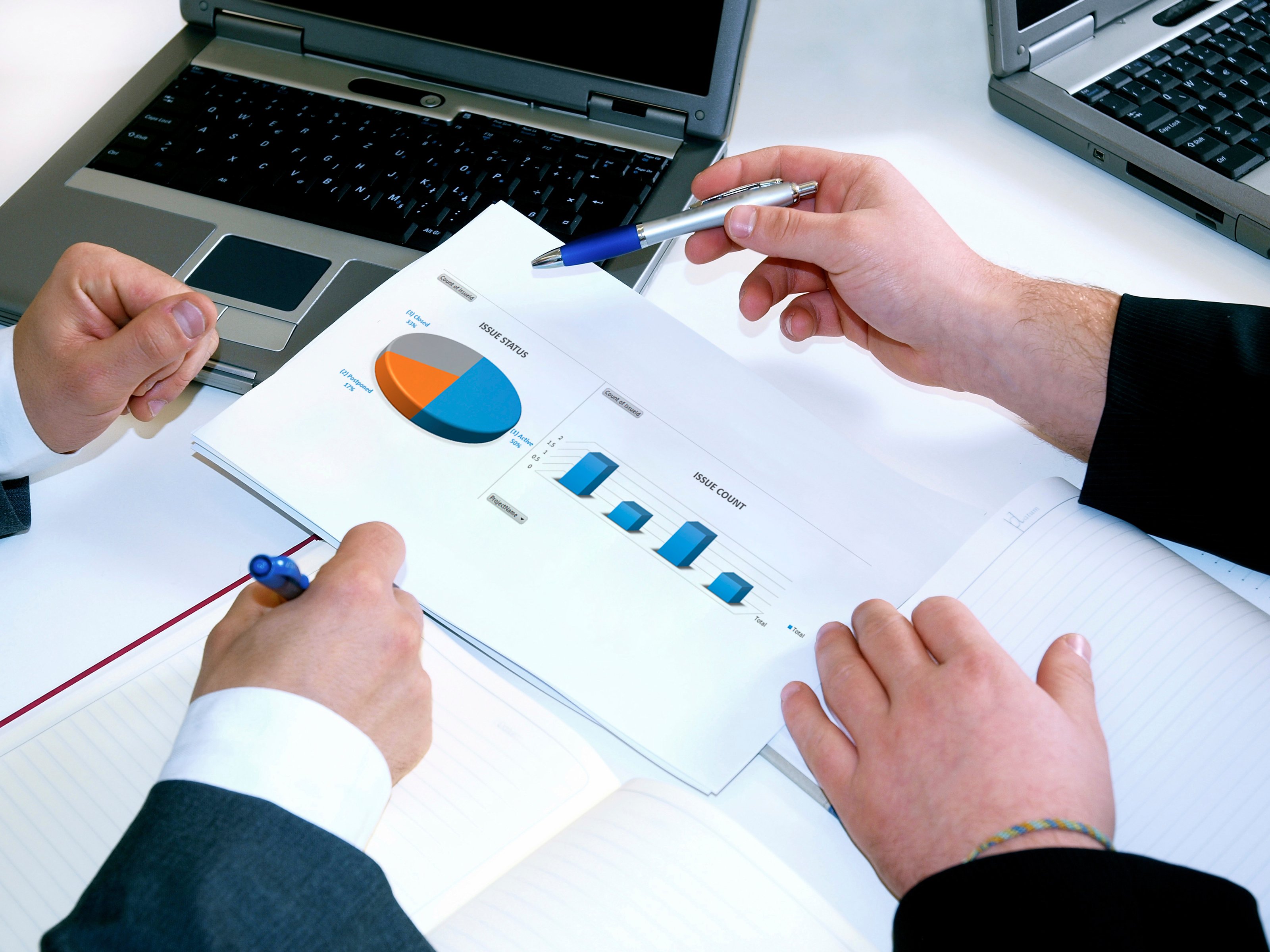 Yes, you can get your spreadsheet to run some reasonably sophisticated analyses—if you have a spreadsheet programmer on board or brought in as a consultant. It often works out that the more analyses you perform on your data, the more new analyses you want to add—and that adds up quickly. A full-time spreadsheet programmer, depending on region, can run you (burdened) $175,000 a year. More likely you’ll bring in a consultant, for a week at a time at a rate approaching or exceeding $150/hour. We can estimate that for each new analysis and report you want costs you between $3500 and $6,000. Each. With automated systems, reporting is both included in the basic price, and with the best systems is customizable by users without programming help.

The Cost of Errors

So far, we’ve listed the costs incurred if everything goes according to plan. When there are problems, costs skyrocket, sometimes in ways that can’t be predicted. The exposure is both financial (the cost of correction) and legal (if the error violates a regulation). Eliminating errors before they happen is core to asset security investment: it’s the best insurance you could have.

Sometimes people just forget to return their keys. They walk out the door and don’t discover the mistake until they’re home. That doesn’t seem like a problem. An honest employee just returns the next day and reports the mistake. Still, if at the end of the day a key is not returned, processes and people are triggered to track down the problem, and those processes and people also cost money. There’s the cost of alert response, the cost of employee counseling about key responsibility, the cost of reporting the event up the security chain, and other costs. They’re individual, small costs, but they add up quickly. Real time alerts provided by an electronic system can help to prevent that key from leaving the building in the first place, eliminating this possibility altogether.

What are the costs when a key, asset or equipment is lost or stolen? It really doesn’t matter which. The same processes are triggered, since it’s generally not possible to determine if an item was lost or stolen: you must assume the worst.

Costs can get huge. A Grand Master Key for the University of Central Arkansas was stolen in 2012. The university paper reported that its cost to replace was $100,000 and involved the direct approval of the Chancellor and the Trustees.

But let’s not think of the extreme case. Let’s say that it’s a regular key that opens 25 doors, and that identical keys are used by 50 people. Those 25 locks must be rekeyed at about $50 a piece. New keys must be made, including master keys for—according to industry averages—about $5 a piece. That means each event costs $1500 in material and labor; now add in the costs of the security staff who have to deal with the loss—report it, log it, investigate it, and enroll and distribute the new keys: another $500.

The Cost of Authentication 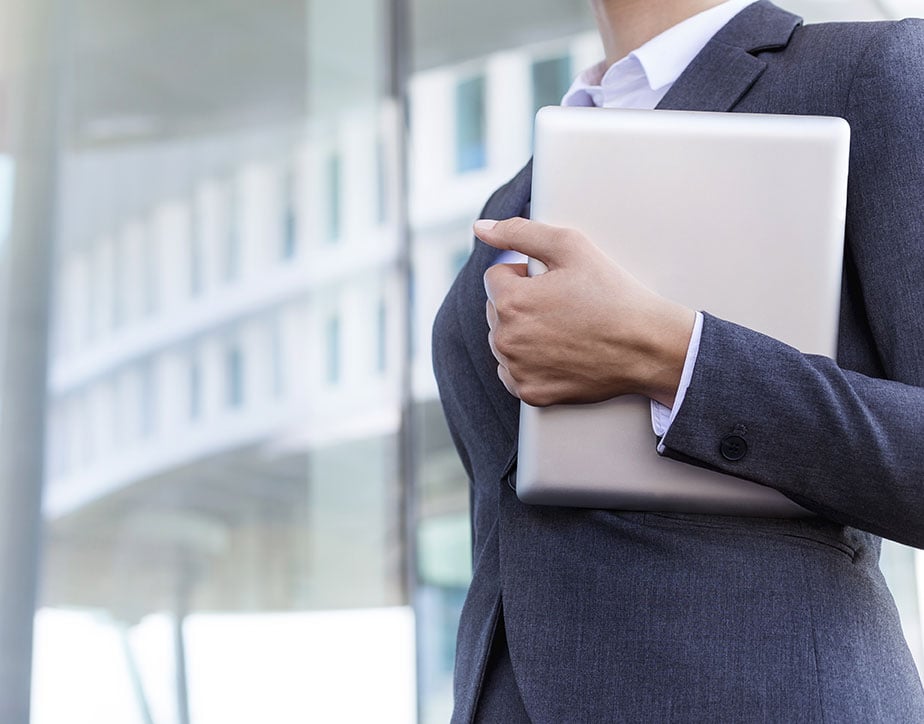 The Cost of Compliance

The compliance burden over key and asset security is minimal for some and overwhelming for others. In many cases, failing to comply with key control policies or regulations around securing firearms, OC Spray cans or police evidence—whether it’s failing a log audit, unreported or reported instances of lost items, or keys mistakenly taken from the building—carries serious penalties. One other thing to consider. If those penalties are harsh, an employee that forgets or loses items a couple of times can be fired; in that case you have to add new employee onboarding to the cost of compliance.

The Cost of Disruption

When there’s an event with a key, or any other asset, business is disrupted. Disruption ripples and each ripple carries a price tag. You have to find the cost of each ripple. The people who lost the keys, tools or equipment can’t do their job until they’re issued new ones. Neither, for that matter, can the people tasked with handling the administration side of the loss: recording, reporting and issuing the new items. They’ve got better things to do too. And there’s the risk that other work is delayed while the problem is dealt with—delays that can infect much of the organization.

Let’s go back quickly and do some addition—summing up just those ROI elements that are tangible and leaving the intangible costs (like disruption and non-compliance) as your homework assignment.

a year for people.

for one new report each year

Those numbers increase for each new report and each lost/stolen incident over the year. 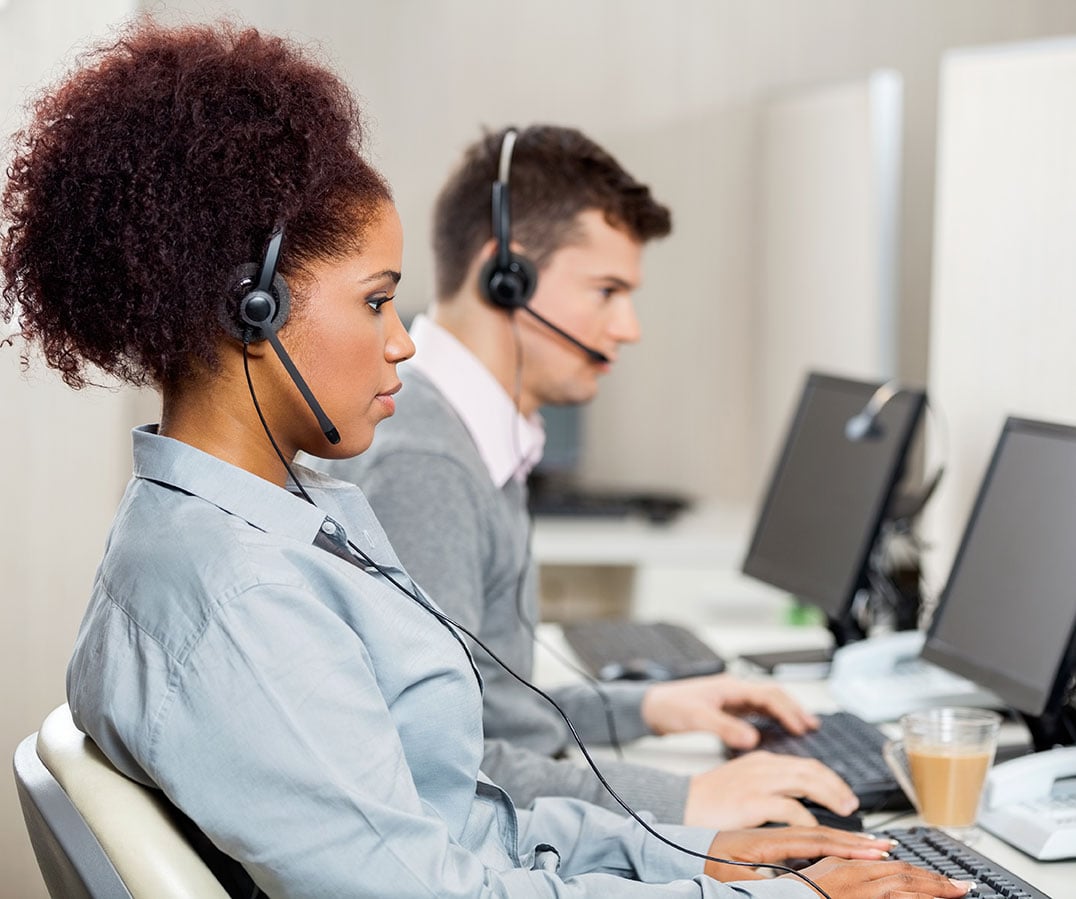 What’s Right for You

The numbers we used here may not be the right ones for you—but the framework for determining your costs is right. Look to the people, the processes, the reporting, the cost of errors, and other costs as you find them. That’s where you start. Then look at the solutions that are out there, and ask the questions we’ve listed below.

One last word. Real Time Networks is here to help you apply this framework to your business, your real costs, and your tangible and intangible threats and exposures. Contact us to get that conversation started.

ROI QUESTIONS FOR YOU 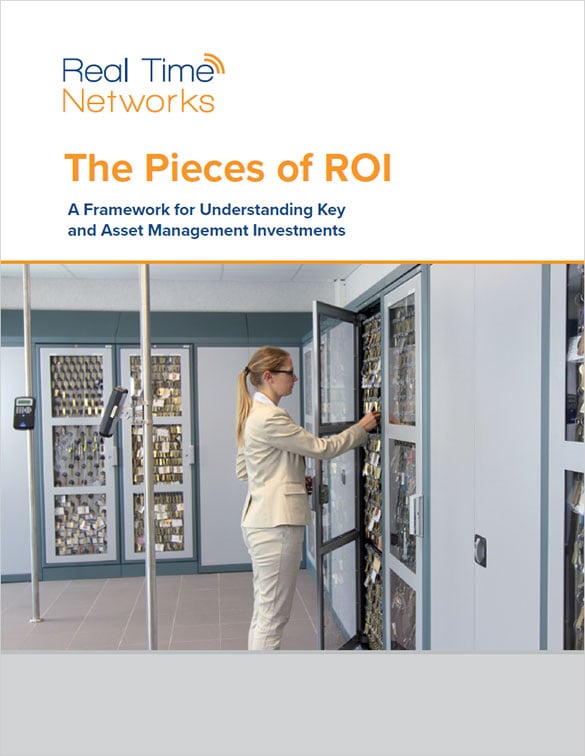 Get The Pieces of ROI in PDF

How To: Build a Business Case for Physical Security Solutions

How To: Calculate & Analyze ROI on Asset Management Systems

Get your free copy